Our latest anniversary campaign story sees us catching up with David Breakspear, a criminal justice champion, and reformed prisoner. He opens up about the role Ormiston Families played in supporting him and his family through the difficult periods of his imprisonment.

As turnaround stories go, David Breakspear’s is surely up there with the most inspirational.

Now 51, his challenging early life would see him spend almost four decades on the cusp of, or in the midst of, imprisonment or criminal activity.

And yet, granting a refreshing and welcome reminder that ‘change is always possible’, and that ‘life really can improve’, David is not only a father, grandfather, fully reformed citizen, but also a respected campaigner, influencer, published author, and a Ted talker too.

Today, he works actively within projects designed to improve how prisoners and their families are supported, and is engaged with the likes of the Ministry of Justice and the National Probation Service in an effort to ensure his ‘lived experience’ will positively impact others.

“I don’t think you can ever blame one thing for why and how you ended up going down the wrong path, but I know for me there were a number of factors in my childhood, and I’d been arrested for the first time by the age of 10,” David says candidly.

“A major part of my life was spent in and out of prisons, for a variety of reasons, and sadly, that goes back as far as my teenage years in detention centres, then youth custody and then, eventually, ‘men’s prisons’.

“For a short few years I managed to sort myself out, get married and have children, but even then I think I was somewhat institutionalised – in an unhealthy way – into the ‘comfort’ of the prison system, and I was pretty much behind bars from 2004 to 2015.”

It was during these years that David’s first experiences of Ormiston Families were realised.

He had increasingly become determined to ‘be a better version of himself’, and David knew that much of that lay in him coming to terms with his role as a parent and grandparent.

“I was fully accepting of the fact that I’d not been the Dad I ought to have been, and I wanted to repair that, but also be a better grandfather,” he says.

“Ormiston came into the prison with a parenting course, and I couldn’t get enough of it. It taught me so much, and so I took things a step further and became passionate about being an ambassador for the course on the inside, so that more guys could see the benefit of it.

“At that time, I was also serving my sentence with a greater level of motivation and intention, and I was fulfilling the role as a mentor, and teaching other prisoners to read.”
Finding that purpose gave David a notable shift in his journey toward full freedom from the ‘institutionalised’ world he had come to know.

In fact, that developed love of learning and of reading (he became absorbed in a thirst for literature, thanks to the prison library), is in no small part why today he is part way through studying for a BSc in Criminology and Psychology, and has had a poetry book for prisoners published.

But it is as part of the day-to-day of prison life for which he credits another of Ormiston Families significant projects.

“I cannot tell you how incredibly important the work of Ormiston is in facilitating proper family visits,” he insists.

“When you’re inside, those visits become the thing you think about and prepare for for days.

“They’re also the thing which gives you a sense of hope that the glue between you and your family is still there and that you’re still a part of them, as they are of you.

“What Ormiston Families does so incredibly well is that they make it possible for you to be down on the floor of a room of toys, playing with your children and grandchildren.

“You’re treated like a person of worth in that family life. You’re not just looking at someone across a table in a visiting hall – which is an awful experience for anyone.”

In a typical year, Ormiston Families facilitates some over 1,000 family visit sessions, while also running its highly successful Breaking Barriers initiative, which supports children and young people who have a parent or close family member in prison.

Thankfully, it’s schemes of this nature which have enabled David and his family to fully reconnect since he left prison for the last time in 2017, and now he enjoys a strong relationship with his three children and two grandchildren which he would never dare risk.

Life, as it turns out, has become even busier and more fulfilling for David in recent times than he might ever have anticipated.

“Things have really gone at quite a pace since I was last released, and I’m now heavily involved in so many projects and campaigns which centre on helping prisoners develop a happier, sustainable life once they exit prison,” he says.

“I also continue to do a lot around supporting the mental health of those in prison and recently released, and I also remain passionate about ensuring that prisoners get to do the learning and the reading which was so transformational for me.

“I’m genuinely living a life I love right now, and which I could never have imagined even 10 years ago.

“I have nothing but gratitude to Ormiston Families for the part they have played in getting me here, and for what they do for so many other families and children just like mine.”

You can read more about David, his life, his work in justice and mental health projects, and his forthcoming book, by going to: https://journeyofareformedman.net/ 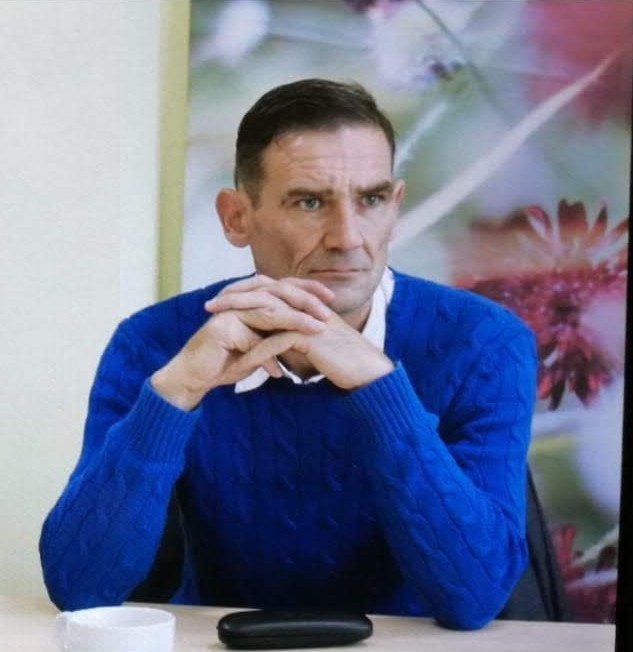