Since its inception, Ormiston Families has been responsible for bringing hope, opportunity, support and compassion to so many.

None of that would have been possible, were it not for one man, whose idea it was to create the charity, in memory of his late sister.

To launch our anniversary campaign year, we talk to our founder, Peter Murray OBE.

In a strange new world, after a year in which so many of us have experienced, or talked more candidly, about loss, perhaps it’s somewhat fitting that Peter Murray is relaying a deeply personal story, of grief as a catalyst.

It was back in 1968 that he and his family suffered the unthinkable heartache of being told that his beloved sister, Fiona Ormiston Murray, had tragically lost her life during her honeymoon.

Fiona had been just 30 years of age, was making the first steps into an exciting new chapter of her adult world, and hoped desperately to become a mother in the years ahead – but it was not to be.

“While nothing ever fully prepares you for the pain of grief, I am, and always have been, of the belief that even the most unexpected loss can still be turned into hope,” says Peter, as he talks from his home in Little Waldingfield.

Propelled by a determination to seek the positive, he and his family decided to create a children’s charitable trust, which they would start with the nominal sum of just £500.

Their hope – to honour a life lost, and to make children and families a priority consideration in some form of charitable activity and support.

“We launched Ormiston Trust in the same year as Fiona passed, and I can honestly say that it was just a bit of a dream and we certainly didn’t have vast expectations, although I knew that with clever investment, we could make that £500 grow.”

“In fact, it turned into £500,000 within just 10 years, and we soon realised what impact we could achieve, so long as we formed the right partnerships and discovered the areas of most need.”

“It was that growth which I’m proud to say, gave way to us creating Ormiston Families.”

Collaboration was to prove the name of the game in those early years, and with ambition and foresight, Peter turned to the likes of Barnados, Save the Children Fund, and other organisations, who could help him build upon the successful Ormiston foundations.

What materialised from this undertaking, by 1981, was the first Ormiston Trust families service – a precursor to the charity’s official formation.

“We were so fortunate that Barnados really ‘got us’ and wanted to help us achieve our aims for families and children,” Peter continues.

“I felt it was me who could ‘light a fuse’, from which talented people could help us get to where we needed to be.”

“They gave us a building in Ipswich for nothing more than a peppercorn rent, and from that moment on we were able to work with parents and young people, at what became one of the first Children’s Centres in the country.”

“Our work was rooted in making a difference to the lives of those who needed that hope, and who needed help in opening a door toward better opportunities and understanding.”

“It’s exactly what’s at our core today. We are still there with our projects for young mums, for those youngsters who require mentorship and guidance, for families impacted by periods of imprisonment – it all culminates in creating brighter futures for children, no matter what their previous experiences or challenges.”

In more recent years, as yet another iteration of the original ideology, Ormiston Academies Trust was founded in 2008. Incredibly, in little over a decade, it has achieved the position of being responsible for 40 state schools, with the intention of continuing to expand support of schoolchildren with mental health issues.

Awarded an OBE in 2009 for services to children, Peter has remained a trustee of Ormiston Families throughout subsequent decades, alongside his wife of 10 years, Diana.

Sons James (CEO of Ormiston Trust) and Duncan also play a vital component in this outstanding legacy of work.

Peter has played a pivotal role in its continued growth, success and impact, which has seen it become a region-wide charity (spanning Suffolk, Norfolk, Essex, Bedfordshire and Cambridgeshire), and which now equates to a multimillion pound income charity.

That is to say nothing of the hundreds of thousands of people directly and indirectly living happier lives as a result of the organisation’s work.

But, humble and unfailingly grateful to those who have helped Ormiston Families excel, he insists is only just a very small part in the phenomenal story of the charity’s legacy.

“I may have had the early idea and put the first few hundred pounds forward, but Ormiston Families would never have grown and achieved as much as it has if it wasn’t for the most incredible people who have supported us and driven us forward.” he says.

“I’m indebted and grateful to so many who have come on board as trustees, who have fundraised for us, to our leadership team, to those who have collaborated with us, to those who have shared their stories of how we have helped them, and to the schools, the prison services and other organisations who have taken a chance on us at the early stages and allowed us to prove the impact we can have on family lives.”

He continues: “In particular, Xa Tollemache has been an enormous inspiration, as our President since 1983. With the loyal support of her friends, she has helped ensure we’ve achieved so much, as have our fundraising team and trustees.”

Of course, in a world so significantly affected by the pandemic over the last 12 months, it would be wholly understandable if Peter himself felt a sense of unease about the future for a charity such as Ormiston Families.

Does he worry that the last year has seen income lost for so many voluntary sector organisations?

“It would be naïve to say things haven’t changed or to say it wasn’t worrying when Covid first arrived,” he admits.

“We wondered about things like remote delivery, but I was always exceptionally confident in the leadership team, and I can say with hand on heart that we’ve come through this shining bright.”

“I have always had, and continue to have, huge faith and confidence in our CEO Allan Myatt, who is so well supported by senior leaders and staff.”

“We adapted, improvised, developed new skills, found new approaches, and ultimately ended up with even more growth and success.”

“We’re in an incredibly good place, with some superbly run and highly impactful programmes of work, and in many respects, that’s what makes it an even happier and more positive time for us to be celebrating the 40th anniversary of that first Ormiston Families Centre in 1981.”

And his thoughts on what his beloved sister might think, 40 years on from that momentous opening?

“I’m sure she’d smile and be amazed and be so very delighted that we have created such a legacy to her name. It feels like we’ve provided an incredibly fitting tribute.” 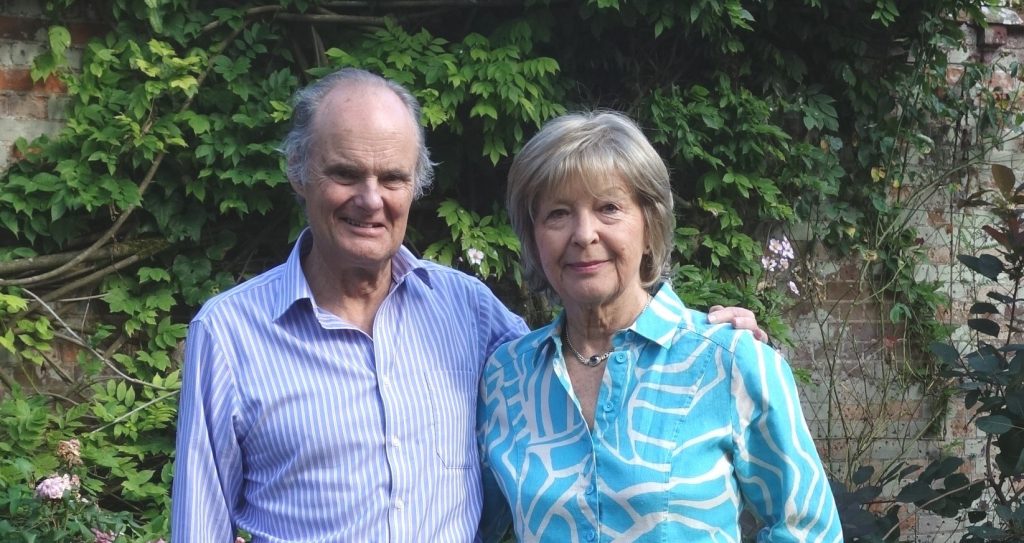