Tom, like many children of prisoners, felt like he was serving a hidden sentence. Our expert practitioner supported him through it …

Moving up to secondary school is anxiety provoking. When it coincides with your father, who you last saw when you were three, being released from prison, it can feel unmanageable.

This was the case for Tom. Luckily, his head teacher recognised the need to provide early emotional support and referred him to our Breaking Barriers’ team.

Tom lived with his mother and younger step-brother. Since his father had been imprisoned Tom had no contact with him. His mother wanted it to stay that way, fearful that the nature of his offence – rape – would traumatise Tom.

She herself felt the need for advice on how to talk to Tom about the sensitive nature of his dad’s offence. She recognised that Tom needed help processing his emotions too.

“Tom was already struggling before he found out his dad would be coming out of prison. He hated school and was always getting into trouble. He was unhappy at home too, having regular meltdowns, which were getting harder to manage,” she advised.

Tom met our practitioner once a week for six weeks in a confidential and safe space at his school. Answering a proven set of questions designed to help people identify for themselves what they want to achieve from sessions, Tom identified that low moods were causing him problems. He asked for help to control them.

Our practitioner worked with Tom, blending therapeutic play techniques and targeted educational resources. Achieving some quick wins, in terms of forming better relationships and improving his concentration in classes, Tom soon experienced the lift that positive feedback brings. He went on to attend all of his sessions, where he was supported in working through difficulties, including loss, disappointment and low self-esteem.

Throughout this period, we provided telephone and email support to Tom’s mum too. This mostly focussed on how to explain difficult things to him.

Feeling safer, healthier and better connected to himself and to others, Tom opened up. Talking about his worries helped him to explore ways to respond differently to emotional triggers. He became more resilient.

One choice Tom made was to contact his father upon his release. He was clear that he might feel differently about this when the time came, that this was OK, and that he’d be supported, whatever his decision.

At the end of six weeks, Tom’s teachers reported that he seemed calmer and more stable. He was having far fewer fall-outs with friends. His attendance had improved too.

His mother reported that the sessions were positive for all of the family and that Tom was better controlling his moods, doing much better at school and had moved up to secondary school without trauma.

“Thanks to your support, Tom can now better control his moods at home and school and his move up to secondary school was smooth.”
Tom’s mum 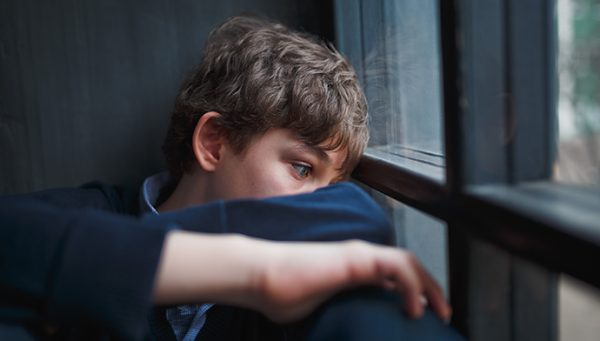