Our ‘Who Am I?’ project run through our Transforming Rehabilitation service has changed the way Simon thinks about his past, and inspired him to use his own experiences to help others.

“I am interested in psychology and the way people think – that’s one of the reasons why I liked the ‘Who Am I?’ course.

I would say I enjoyed this course the most out of all the others I went to. It wasn’t like the others. We had a real mix of people, all walks of life, and all ages. No one disclosed their offence, we were all there for different reasons and to just get on.

For me, the course helped me look at where it all went wrong. Writing my thoughts and actions down like a map helped me see what caused me to act a certain way. It was like flipping a switch.

Fay made us feel comfortable, she didn’t act like she was above us. She was going through a lot at the time, she was very open about it but didn’t let it affect her negatively.

I’m not really an emotional person – I don’t get upset about things other people would. I’ve realised I can’t always understand people’s emotions, but I can relate to them and I know now that not everything is black and white.

I asked to come back and co-facilitate one of Fay’s courses which I really enjoyed doing. It was a different crowd and people were pretty open – I could see people changing from when they first started. I spoke with them all and told them that they’ll get out what they put in. One person didn’t want to know; he didn’t want to participate in the beginning. By the end of the course he delivered his team’s presentation all by himself. Four people asked to co-facilitate the next course Fay was running, which I think says a lot.

I really enjoyed helping other people. Co-facilitating this course has made me want to volunteer more, I hope I can come back.” 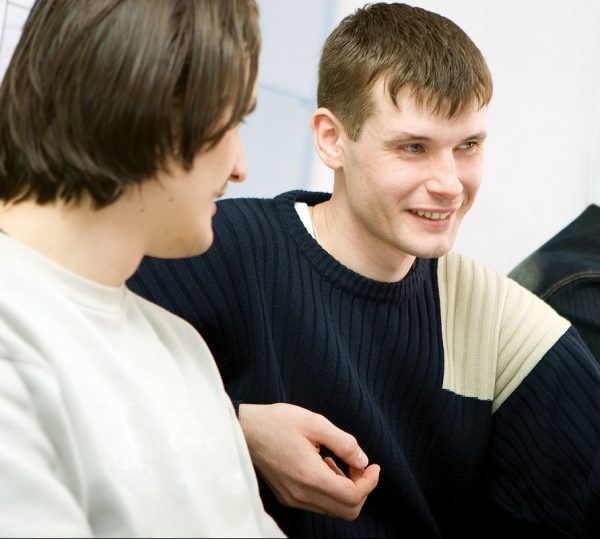