Samuel was struggling at school and was consistently being let down by his father’s irregular contact while in prison. He needed someone to talk to, to understand more about what his dad was going through and help him cope with his feelings of anxiety which were holding him back from living a happy carefree life that a child should.

Samuel was referred to our Breaking Barriers Suffolk service at a time when his father was approaching the end of a long custodial sentence.

Whilst Samuel had been in contact with his father, this had not been consistent – with telephone contact sporadic and his dad often leaving Samuel disappointed when he did not attend home visits as planned. Samuel’s wellbeing was at a real low point, triggered by his father’s imprisonment, and his behaviour in school had rapidly declined.

Breaking Barriers practitioner Jade worked with Samuel for nine sessions, during which time Samuel set his own goal-based outcomes around behaviour, emotional wellbeing and learning more about prison.  Six sessions were held in school, until sessions were suspended due to the pandemic.  In this time, Jade sent out personalised support packs for Samuel, and resumed sessions via zoom once the schools re-opened.

Jade and Samuel watched a video about life inside prison and discussed some words and meanings to help Samuel have a better understanding and feel less anxious.  Jade used various tools to help Samuel recognise his feelings.  They made an ‘emotions tornado’ to show how it feels when emotions are all mixed up and whizzing around and talked about how he could cope when this happened. Jade showed Samuel how to make and use a worry box to manage his anxiety.

Offering virtual sessions was a new way of providing support for Jade who found that, in this instance, it worked well. Jade was able to liaise with the referrer in school who assisted by printing activities for sessions so that Jade and Samuel could work on them together whilst on video call. Samuel engaged in these sessions and was really open with his feelings.

Samuel made great progress through the sessions, and Jade said she ‘noticed his growing ability and commitment to accessing and expressing his feelings’.  Samuel shared that he found the sessions helpful and liked having someone to talk to.  He moved up on all three of his goal-based outcomes scores, and his mum appreciated the support he had been given.

Since writing this case study, Samuel’s dad has been released from prison and Samuel is now back in touch with the Breaking Barriers team who will support him in coping with the new feelings that this recent change has brought about. 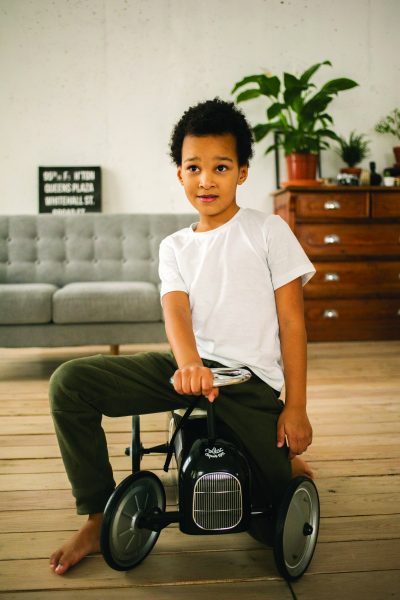 Supporting children and young people affected by a parent’s imprisonment