Amy didn’t know what to do when her son Lewis’ school attendance became worse and worse, affecting their home life and relationships. His school referred him to our Engage service where the family were given a chance to turn things around…

By the time Lewis had started year 9, his school attendance level had fallen to below 60%. Home life was at a real low and his mum Amy felt tired, emotional and stressed.

“The school were helping as much as they could but there was only so much they could do when some days he would refuse to go into school altogether.”

Lewis did not open up to his mum or the school about why he wouldn’t go in other than expressing that he hated it and didn’t want to go. His mum took him to the doctor on two occasions when he had become severely distressed at the thought of going in. Because of his refusal to tell her how he was feeling, Amy asked him to write down on a piece of paper why he was so upset, and he wrote simply that ‘he wanted to die’.

“It was awful to know he felt this way. I felt I couldn’t live my life without him and couldn’t believe this was all happening because he hated school so much.”

His school decided to refer Lewis to our Engage programme in September 2018 where he met Helen, a senior practitioner on our Engage service.

Amy attended a 10 week Parental Presence course which provided her and fellow parents with advice and the tools they needed to create stronger relationships and improve communication with their children and increase school attendance.

Helen also set up regular one to one sessions with Lewis to help him with his self-esteem and confidence in attending school regularly.

Amy found the course extremely helpful and utilised many of the techniques she had learned with regards to communicating with Lewis.

“I used to beg and plead with Lewis or get angry to get him out of bed in the morning. I learned to make it about ‘us’ getting ourselves ready not just ‘him’. I stopped trying to bargain with him or give him rewards, and instead would arrange fun things for us to do together during the week.  Sometimes when I’d work a long shift I’d leave a note on his pillow telling him I was proud of him and how much I loved him, or leave his favourite sweets for when he got back from school. Some of these things are so simple but I needed someone to remind me.”

“I learned that if we had a laugh together in the morning he was much more likely to get up and get dressed for school if he’d had something to smile about, and that has been really fun.”

Lewis’ school attendance rate is now 100%. He is now much more open with his feelings, and he and Amy have become even closer since Helen began working with them in September 2018.

“He will talk to me about school now and he is much more confident to ask for help if he feels he is struggling. Having Helen’s support has been fantastic, she has always been there for us and the school has been brilliant throughout this process too.

I know that school just isn’t for Lewis but I’m so pleased he’s going in everyday and trying his best.”

Amy has since volunteered for Ormiston Families by speaking to parents on a recent Parental Presence course about her experiences with Lewis and what she gained from taking part.

“I told the parents to stick at it and they might be surprised at what methods will work for them. Things will change for them if they keep going, like they did for me.” 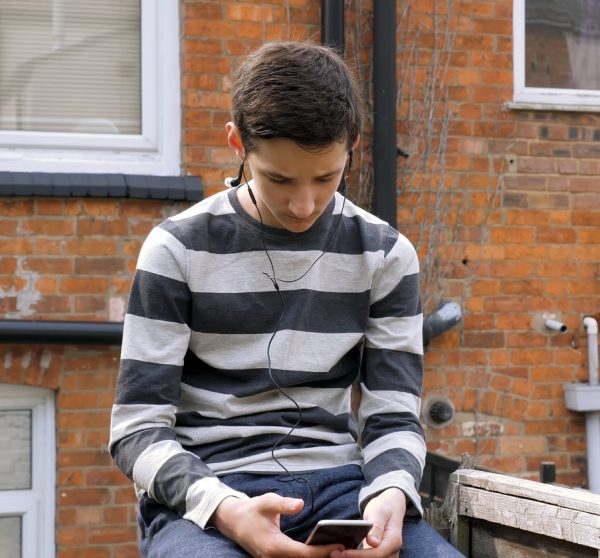