Jade had been there for Daisy and Helen when their dad went to prison. This time with her had set them up with the tools they needed when their mum was imprisoned also. With the support from Jade and their grandmother, Daisy and Helen ‘found their brave’ again…

The Family Liaison Officer at Daisy and Helen’s school knew exactly who to call when their mother was given a short-term jail sentence: Ormiston Families Breaking Barriers team. Daisy and Helen had already benefitted from this service when, a year earlier, their father had been imprisoned.

Whilst Jade, the Breaking Barriers practitioner who had worked with them then, was sad to hear of the latest major event in their young lives, she was hopeful that the work she had already done with them was already proving its worth. It was…

In all of the support services Ormiston Families offers, its experienced practitioners make sure that they are supporting the young people they are working with to set their own goals. For the children supported by the Breaking Barriers service this is especially important, as, having had a parent removed and placed in prison, they feel like they are not in control of what is happening to them. Supporting them to feel more in control helps them to feel safer, which enables them to build resilience and to ‘find their brave.’

“When I supported Daisy and Helen previously, one big issue, especially for Daisy, was around feeling extremely anxious whenever they were separated from their mother. Having experienced one parent suddenly ‘going’, this is entirely understandable. So, hearing their news, I was concerned,” remembers Jade.

“However, upon meeting up with them, my main feeling was one of awe. This family was already putting into practice all they had learned from our previous support sessions. For example, one technique we’d used to help with separation anxiety in the previous sessions was to create together a mummy owl and two baby owls from crafting material. The girls kept the baby owls with them wherever they were and their mum kept the mummy owl with her. These hand-crafted owls became visual reminders that they were all still together even when they were apart, and they were working a treat now that mum was in prison.

“Daisy and Helen lived with their nan when their mum went to prison. One of the things that she said to me during the first session was how grateful she was that her granddaughters had already received support from us because they were much better prepared this time round as we had already given them the coping mechanisms they needed to get through this very difficult time.

“She was right. Those girls were so brave in handling the situation and I felt proud to have been involved in their journey. I feel sure that they will continue to be brave, no matter what life throws at them.

“It does make me sad though that services such as Breaking Barriers are not automatically available to all children who have a parent in prison, even if they are not yet showing signs of emotional distress. Daisy and Helen’s story shows how effective early intervention is,” concludes Jade.

Daisy and Helen’s Grandmother Tina, says: “The support provided by Jade has been invaluable for our grandchildren. Through the sessions with Jade they were able to explore and work through their experience of firstly having dad in prison and then, sadly, having both mum and dad in prison at the same time.

“Support to manage feelings of sadness and anxiety have helped the girls develop coping strategies, to be reassured and feel secure. They so enjoyed the time spent with Jade and the activities they completed together. The family will always be grateful for the help at such a difficult time, so thank you Jade and Ormiston Families.

“I liked drawing and talking about mummy and daddy.” Daisy, 6 years

“I enjoyed making those peg dolls of our family. The film was good, it helped me know what prison is like for my mum and dad. THANK YOU JADE!” Helen, 8 years

Supporting children and young people affected by a parent’s imprisonment 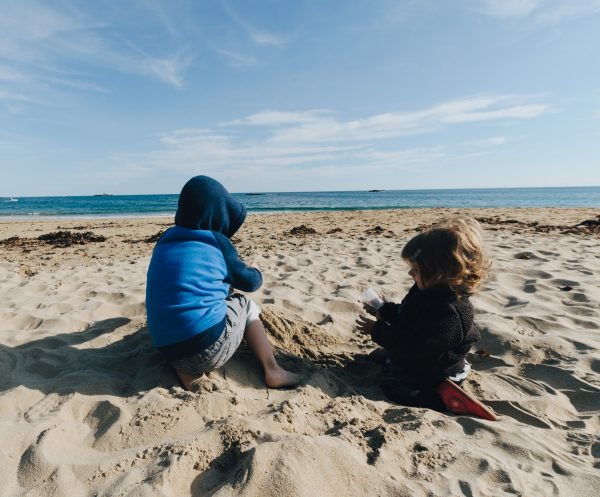