With a history of mental health struggles, a partner and mother who both had serious health conditions, and a pregnancy which she felt no connection to, Amy desperately needed some support and to know that she had the strength and resilience to create a brighter future for her family…

Amy’s mother had recently been diagnosed with terminal cancer; her partner’s eyesight was deteriorating, and she was pregnant with her second child. She was signed off work due to stress, and her mental health issues kept her trapped at home, feeling like she could only leave the house with her partner. Not only was her mum extremely ill, but both sets of parents did not live locally and she had no support network to rely on. Unlike her partner, Amy felt no bond towards her unborn baby and was dreading his arrival.

During the year in which Louise our Small Steps Together Team Leader worked with Amy, things took a turn for the worst. Amy’s newborn baby had feeding issues which developed into serious health complications. This resulted in some time spent in intensive care which was extremely stressful for the whole family.

Tragically, Amy’s mother died before her grandson was born, leaving Amy with a real feeling of loss; the relationship which her children were never going to have with their grandmother,  as well as the hurt from her childhood that she was still coming to terms with and many questions which now remain unanswered about their mother and daughter relationship.  Added to which Amy’s partner’s eyesight had gradually worsened to the point where he had very limited vision.

Knowing that there were a range of issues the family needed support with, Louise agreed some set outcomes with the family which would vastly improve Amy’s mental health and the family’s wellbeing and finances.

Louise ensured that the family was receiving their full entitlement of care and held ‘team around the family’ meetings every two months to ensure they had what they needed. Louise helped with referrals to Adult Social Care for Amy’s partner’s needs and ensured they knew it was ok to obtain the maximum Disability Living Allowance income they could for the baby.

She supported them with Foodbank, Christmas parcels, grants and donated baby items due to the frequent hospital visits which placed pressure on their finances.  She also worked with Amy to help her feel more comfortable in accessing doctors and health visiting clinics by herself or with a volunteer.

Amy and her partner received regular emotional support from Louise via telephone, face to face sessions and emails, and Amy took part in video interactive guidance sessions which helped her form a bond with her new child and look at her past experiences with her own mother.

Through this work with Louise, Amy realised she did have a bond with her baby. She also now has a clearer understanding of how her relationship with her mother, who had been an alcoholic when she was a child, had affected her as an adult. She also accessed much needed counselling services to help her come to terms with the loss of her mother.

Amy’s confidence and mental health improved to the point where she became able to pick up her eldest daughter on her own. From participating in bite-sized parenting work programmes, her partner and Amy are no longer doubting their abilities as parents. Amy’s eldest child is continuing to thrive despite lockdown restrictions and the emotional turmoil she has experienced due to what the family has been through.

Amy’s baby does have ongoing health conditions which impacts on his ability to feed and he has had prolonged periods of assessment in hospital since March 2020. The family feel however that have been able to work through these difficulties together.

Amy eventually took the decision to move her family four hours away to where her support network is, and their new home was also able to be assessed for her partner’s needs by the Adult Social Care Occupational Health Team in their area.

After applying for 15 jobs and attending 3 interviews Amy was proud to have found a new job which would have brought much in needed funds for the family. The family informed Louise that the baby can now come home however due to the extensive medical equipment he will need, Amy is having to make some difficult choices in terms of keeping her job. Wanting to make best use of the time at home, she has decided to study for a degree in her specialism.  Louise has been able to put Amy in touch with a local organisation who supports families who have children with disabilities to ensure they continue to have support in their local area.

Amy recently sent Louise a gift as a thank you for her support along with a thank you poem and told her recently ‘you have no idea how much you helped.’

Louise says: “This case stayed with me. We don’t do it for the thankyou’s but it’s so nice to know that we have made a difference.

“On meeting Amy and her partner, I recall them telling their story. It was evident how differently they viewed the arrival of their baby.  Dad said he was ecstatic, whilst Amy said she felt nothing for this baby, for her it was like she was carrying something ‘alien’ inside her.

“When Amy told me her mum had been given only a few months to live and wouldn’t see the birth of her baby, it took all my strength not to cry with her as Amy recalled how she thought she could rebuild some of the hurt she still held as a child, but knew this was no longer possible.

“I am proud of both parents and have seen how they have grown stronger as a unit and are now living a life that many take for granted.  Being able to share with them the things that mum came to enjoy about being a parent was a privilege”.

Support for new mums and mums-to-be 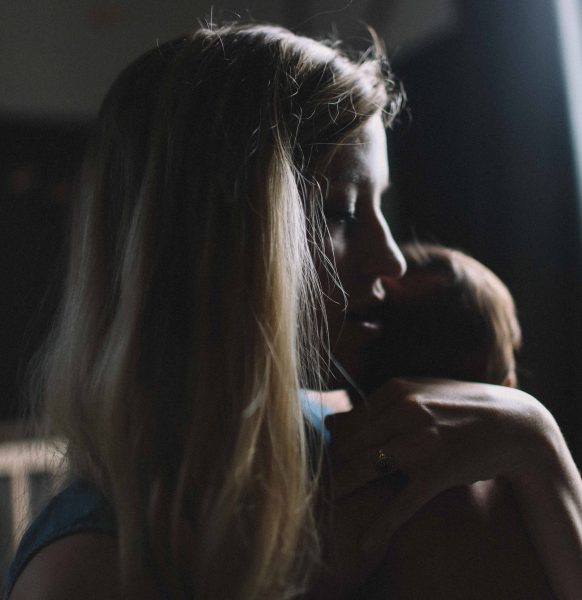 Support for new mums and mums-to-be