Coming to terms with the removal of your children due to an unstable home and lack of positive relationships requires trust, advice, and support. With the support and guidance from Ormiston, Abi was able to improve relationships with her family and start to feel positive about the future.

Abi was referred to us because of concerns about domestic violence from two ex-partners and cannabis use. At the time Abi was 27 years old and had two children, both boys, who were eight and five years old. Her eldest was living with her mother, having moved there when he was three. The youngest was adopted at birth as her mother was unable to care for him as well. Her relationship with her mother had broken down and then further complicated by the Special Guardianship Order (SGO) put in place when she had become the primary carer for Abi’s eldest.

Abi had a history of involvement with the police due to aggression and had not been honest about the lack of positive relationships in her life.

Through our Mpower service, Anna one of our Mpower Practitioners supported Abi with housing advice and advocacy which resulted in her receiving long term supported accommodation. She also helped her attend mental health appointments with a GP and Suffolk Wellbeing, resulting in one-to-one Cognitive Behavioural Therapy (CBT) and she received counselling from Coram charity which really helped with her come to terms with the removal of her children for adoption and special guardianship.

She enjoyed attending our cookery group, gaining an understanding of healthy eating and eating on a budget. She also attended a weekly yoga group and Onelife Suffolk helped by providing vouchers for Slimming World.

As trust deepened, Abi and Anna were able to talk about contraception and she agreed to be fully tested for STIs by the local sexual health service. At the same time she expressed an interest in supporting her community and learning skills through volunteering, and began volunteering at a local food bank. She then went on to attend job interviews with Anna’s support, encouragement and practical help. As a result she successfully secured two part-time paid roles.

At the time of writing Abi is working as a permanent part-time cashier in a large high street store and was offered a promotion to work in the cash office. Though she declined the additional responsibility.

The most significant result for Abi was the slow, controlled improvement in her relationship with her mother and her eldest son. After initial tentative steps they now meet or chat on a weekly basis and Abi was reunited with her son within the boundaries of the SGO. Recently she was able to pick him up from school and take him for a celebration meal on his birthday. Abi is now in a safe, non-violent relationship with a colleague from work.

Abi told us: “Without your guidance I would not be where I am today with my son, thank you so much from the bottom of my heart x”.

Anna says: “I am so proud of Abi, and proud to have been a part of her journey.  Over the four years there have been highs and many lows, but Abi listened and learnt that this is normal part of everyone’s life, but most importantly she learnt to become resilient and grow within herself as an individual.  Well done Abi reach high and catch your dreams…” 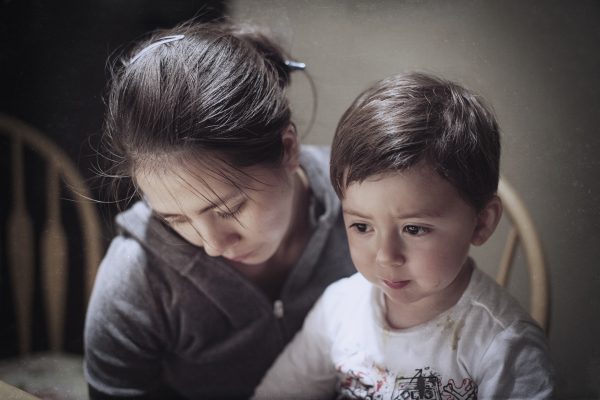