One of the leading children, young people and families’ charities in the East of England, Ormiston Families, has announced the appointment of its new Patron – 23 year old Saeed Atcha MBE DL.

This patronage adds to Saeed’s recent prestigious appointment as Deputy Lieutenant of Greater Manchester; the youngest person to be appointed since their introduction in the 16th century.

He was awarded an MBE by Her Majesty The Queen in the 2019 New Year’s Honours List, and became Social Mobility Commissioner in 2018. As a teenager, Saeed developed a strong involvement with the media and set up Xplode Magazine, a youth publication which later became a charity which supports young people in providing training in employability skills and experience in the field of journalism.

Having been invited to speak at an Ormiston Families Day event earlier this year in which he met many of the charity’s staff and volunteers, he was inspired by the passion from the team and wanted to become involved in some way.

“We are delighted to welcome Saeed as Patron of Ormiston Families – Saeed really gets the need for our work. As a care leaver himself, his passion for supporting and inspiring young people really resonates with our service users. He deserves all the recognition he has received so far for the impact he has made on so many people’s lives, and we feel honoured that he has taken on his new role at our charity.”

Saeed is due to begin his patronage in August of this year and will soon to be visiting some of the charity’s service centres in the East of England to meet some of its service users and staff and volunteers.

“Ormiston Families staff and volunteers go above and beyond. What has stood out the most for me is their willingness, desire and motivation to do more to support more disadvantaged people. Growing up in care I faced many of the same barriers and difficulties Ormiston Families’ service users are going through, and I will be using my voice to help champion what the team does day to day.

As Social Mobility Commissioner, the role of Ormiston Families is crucial to our aim of creating a fairer society; I am proud to be their Patron and am looking forward to getting started.” 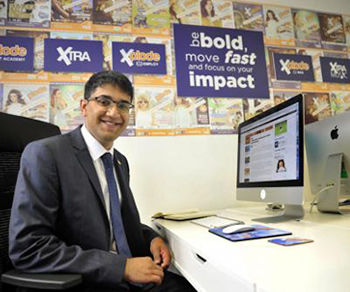